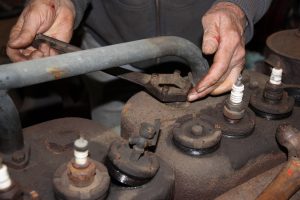 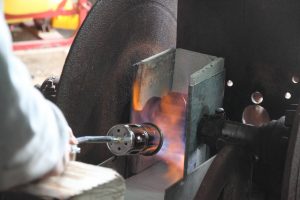 I currently have only about 20 Heider D 9-16’s on my survivors list, so I feel lucky we were able to obtain one. This one came out of Ohio where it had lived all its life til coming here to Illinois. The engine was not stuck, but had a spot that was bad so we elected to have engine work done. Three of the four cylinders were packed with what appears to be birds nest that left some pitting and scarring. The real problem was the frame and gearing. We are in search of a set of rear wheels/drive gears and friction disks.  The rest of the gearing is actually not bad.

The frame was actually warped due to the rust between the engine slide rails and frame, and rotted away in sections pretty badly so a new frame is being built. Don’t worry, the original Illinois stamp was rusted it away so you wouldn’t see it anyway.

I know this is a lo 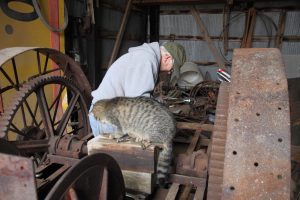 t of photos, but its better to have too many than not enough when putting a puzzle back 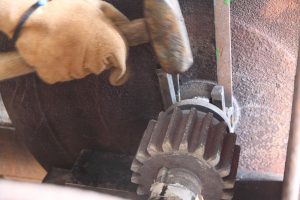