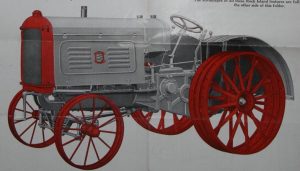 The earliest advertising only made mention of the 18-35, later the 18-35 and 15-25, it wasn’t until mid to late 1927 that the F and G designations appeared. This section is devoted to the first 250 18-35’s built without the F designation and with some unique features. Although its hard to say exactly where many design features  did change, it appears that serial #270251 was the first significant serial number break for major changes (although a few more minor changes occurred much earlier at #270042). However, these are only serial breaks identified in the F parts list and there were additional ones that went unrecorded.

It might be questioned why I have chosen to split this section of from the regular F / FA section. As we worked on our early 18-35 (engine serial YR 154989; making this engine only 40 off the Nebraska Test tractor #178), we discovered many unique things to this early tractor. Immediately apparent if looking is that the fenders on these first 250 were cut off significantly higher on the gas tank than all other Rock Islands. For this reason, I have taken to refer to these first 250 F’s as 18-35 “Short Fenders”. This is my own distinction and not an official label from RIPC. Two more features also quickly stand out. The first is that these early tractors use a pulley brake that is applied to the outside of the pulley, where all other Rock Islands apply it to the inside of the pulley.

Secondly, what appears to be an artist error in advertising is that all drawings based on the early F lack an airstack and pre cleaner. On our 18-35, it 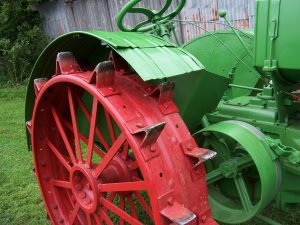 became clear after close examination that ours had been modified to a fit the standard air cleaner and stack. It now appears that these early tractors used a United Impeller style air cleaner like the 15-27 Heiders. This is supported in the parts book, but unpictured.  As we dug deeper, we found still more variations between this early 18-35 and later F’s.

In addition, after a looking at a few early Rock Islands, it does appear the early ones were painted green. At least one G and multiple early F’s were still painted in the Heider green. In addition, at least one mid 1927 F was painted red in what may be a Waterloo special color selection, at least two F’s are known in this scheme. I have identified 5 short fenders and possibly a 6th at this time, but I only have detailed information on a couple of them to confirm they had all the features of the first 250 or a serial to match. None have the original impeller style United air cleaner.

In summery, these are some of the key distinctions between advertising, parts manuals and our own observations:

For a dedicated look inside our 18-35 short fender, I have a full restoration page set up with photos HERE

Back to the F section 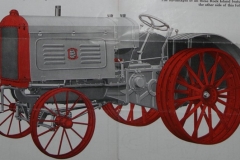 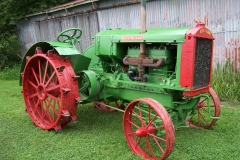 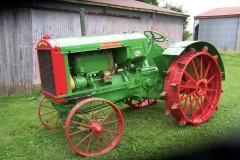 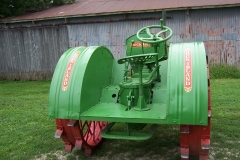 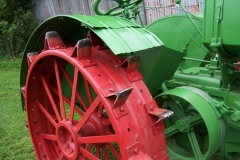 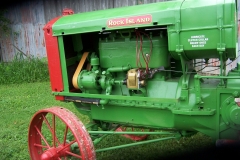 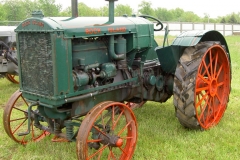 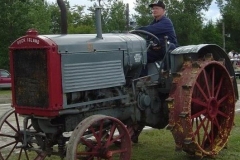 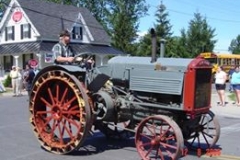 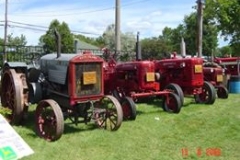 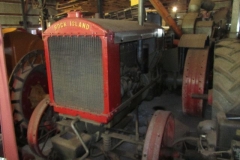 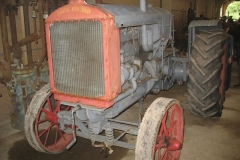 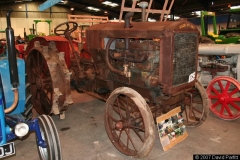