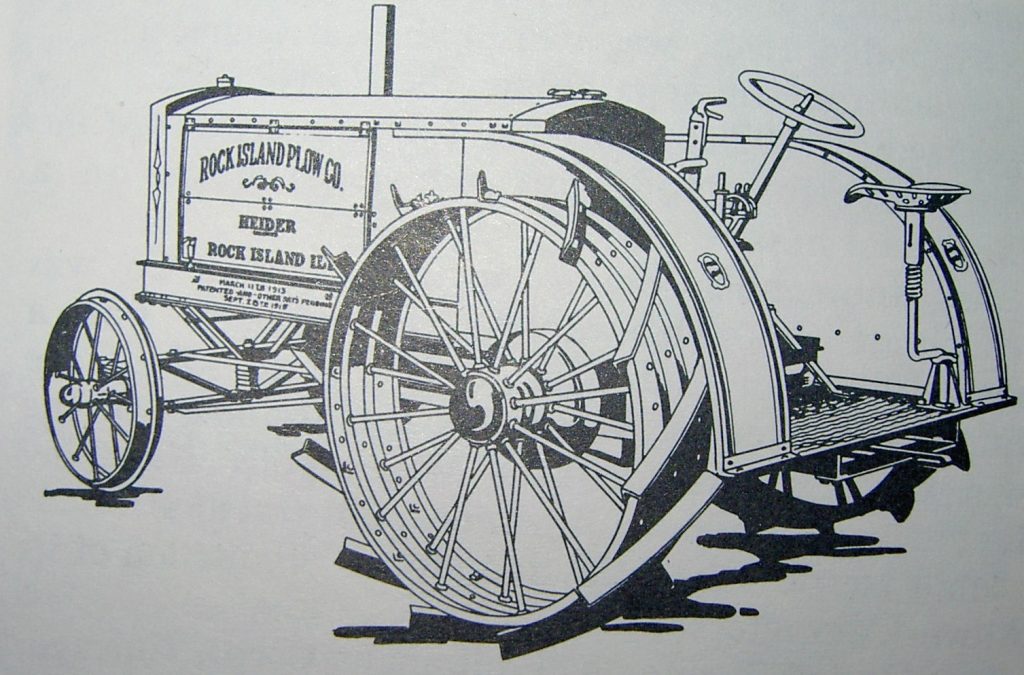 Although there are few mentions of it, the Heider E 18-35 occasionally appears in third party sources and parts catalogs, but otherwise due to low production numbers, the E is virtually unknown. Its also been noted frequently that the E designation appears to have been skipped over, however The E designation was used for this 18-35. This page had originally included discussion on what tractor may have been considered the E,  but with the addition of the Waterloo catalog, many of these questions were resolved. 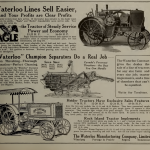 that the E 18-35 coincided with the decision to increase the engine size on the Heider C 12-20 to the 15-27 (more on this in the 15-27 section) and was given the E designation as an entirely new design in early 1924. Ads ran for about 5 months from Waterloo in 1924 in Canadian trade magazines, then disappeared.  An ad I obtained  from 1928 also shows the Model E advertised as a winch tractor, however there is no mention of it between those times.

So far, I have only found one piece of primary source literature that provides information on the Heider E 18-35, as well as the Model 70 tractor winch ad (this is the only photo type picture I have so far seen).  A third source is Patent #1,652,358 which was for a friction driven, fully enclosed drive tractor that matches the E.   This 1922 patent also appears to have had a gear mechanism to allow a field gear and road gear in addition to the standard fiber friction disk transmission.

Despite the use of a yoke system on the motor cultivators allowing just the disk to slide, there is no indication it was to be used on the 18-35. Instead, the design remained for the entire engine to slide, the same as the C and D with the addition of a two speed gearing mechanism allowing speeds between 1 and 6 mph .  Supposition on my part is that Waterloo and the Canadian market was a driving force for the E, Heider DU and Rock Island Canadian special, as these appear only in Waterloo literature that I have found; and in the case of the model E appears to have been heavily targeted for threshing.

Another interesting thing to note is that the engine size listed is the same as Waterloo’s neighbor Goold Shapley & Muir Beaver 30-15 and shares the later side panal designs. This is the 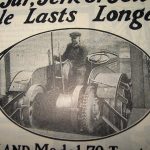 only Heider that appeared to use these panels.  So far, there is no information on why the model E was not produced in larger numbers. A theory may be that they were reaching the limits the friction drive could handle. The 30-15 beaver that predated the model E was also not a large seller and GS&M was already on the decline when the E’s patent was filed.

The Waterloo ad specifically lists the Waukesha EU engine as the power source for the 18-35, but some aftermarket parts catalogs listed it as the Buda YR. Production numbers with the EU were likely around 60 units, the addition of the Buda YR might have added more.  Certainly, it was never a large production number tractor as so little exists about it, but Waukesha did ship 61 EU motors to Rock Island, and this is the only model known to use it, so it appears it went beyond mere prototype stage. 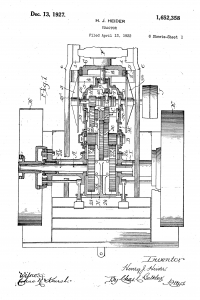 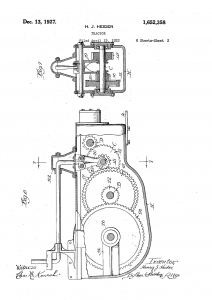 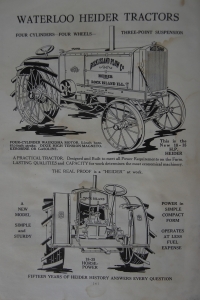 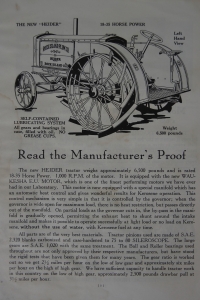 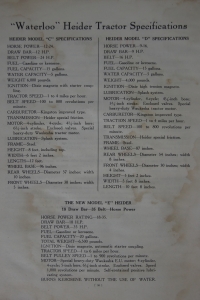 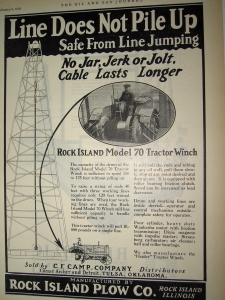