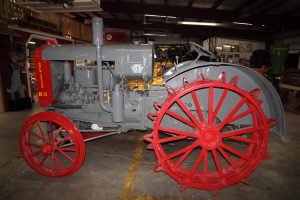 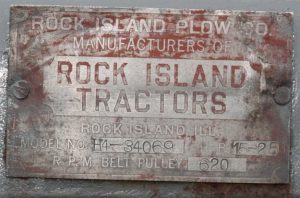 In 1933 the Rock Island Plow Company removed the Waukesha CS4 series from its G2 line and replaced it with the newer Waukesha CSR. Along with the new motor came a new designation, the H3. Despite the name change and upgrade, Rock Island chose not to enter the H3 into the Nebraska Test for unknown reasons, most likely feeling the change did not warrant a new test despite the higher rpm motor. Documentation from the H3 and H4 line is sparse, as by this time Rock Island had abandoned large scale advertising. Shipments were still being sent out to dealers, but the depression was taking a massive toll on equipment sales. “Rock Island Reunion” In Farm Collector June 2003 magazine talks about 25 H3’s being shipped to Texas in 1934 only to sit unsold until being shipped back to Wisconsin.

Based on engines shipped, it appears only 100 H3 and H4’s total were built. Based on serial number evidence, it now appears roughly 50 of each model were built. Identification of the H3 and H4 appears to be mainly possible only through the serial numbers. Identification of a Waukesha CSV will identify it as an H3 or H4, but won’t narrow it down from there for certain. Unfortunately, many Rock Islands have lost their serial plaque, which removes the only concrete method of ID for most people, due to the visual similarity between the G2 and the H3 and 4, it is highly probable that an occasional H is sold as a G2. 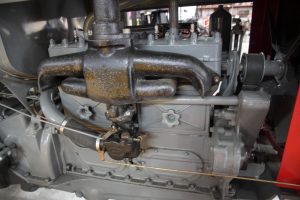 As we have dug into H4 34069, we are starting to notice a few minor things, however, as we are comparing to early G2’s we are unsure if these changes were also part of the later G2 line. Both the H3 and H4 retained the sliding style shifter found on later G2’s and a Dixie 46T magneto. The H3 featured the same Stromberg M2 found on the G2 while it appears the H4 made the switch to the newer Stromberg SF2 which would also appear on the H5. The overall weight increased slightly to 4400 lbs, this mostly came from the use of an F

radiator, brackets and gas tank. The F belt pulley was also used and rear end housing was also the same as the F. The front axle assembly is also the heavier version. We have not made a detailed examination in the gearing of our two H3’s or our H4, but it appears likely that the FA gearing may have been used as the steering box and bearing cage are the F/FA version. The end result is a curious mishmash of F/FA, G2 and a few special H parts. 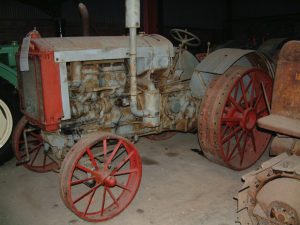