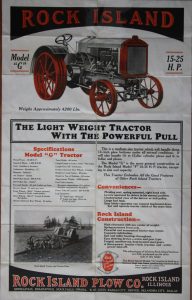 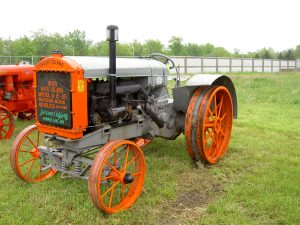 The Rock Island G was a short run production from roughly 1927 to perhaps the end of 1928. Initially rated 15-27 hp, it was shortly dropped to 15-25 hp.  Little is known about the line, and it seems likely that it was never meant as a main product line. The G was never entered for a Nebraska Test and by some indications it was meant as a totally stop gap run, either to use up old parts or due to limits on newer engines from Waukesha.  Although Erb in “Full Steam Ahead” Makes the statement the G was the First Rock Island tractor in 1928, evidence does not bear this out as the F appeared in 1927 Nebraska test 144. Furthermore, a number of parts used on the G have a TF designation matching the F series, while no TG parts are used on the F.  The 18-35 also appears in advertising without mention of the 15-25, but no early advertising of the 15-25 shows without the 18-35.

Key features that distinguish the G from other Rock Islands were the headless Engine like in the Heiders, the supporting frame (the engine was 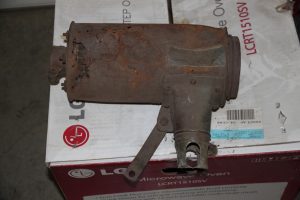 unable to support itself without a frame), throttle cable and the under mounted exhaust. Both the air intake and the exhaust were placed on the divers left side. Cable instead of connecting rods were used for the magneto and throttle controls (this was the same system as on the first F’s). 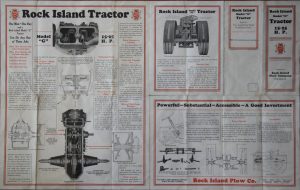 design, the 18-35 was given the F designation.  Bockwoldt makes mention that he believes that one factor in the G’s development was the need to use up leftover N engines from the Heider C 12-20.  So far, this has proven false in that I can trace no evidence of a 4 1/2 x 5 3/4 N ever beign used by Rock Island, including the Waukesha engines shipped list. The G uses parts listed identically to the Waukesha M int he 12-20 manual.  #80123 shows faint but legible remains of the Heider name that appear to have been almost entirely removed at the factory. Unfortunately, no G that I know of so far has had an engine tag. This may have been on purpose as the engines may have dated from ~1920 and would have looked bad having that old of an engine date in a brand new 1928 tractor. 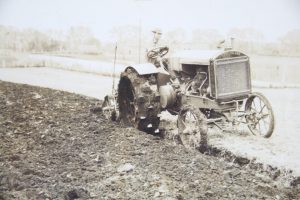 Although the official Heider name was dropped prior to the G and F, Bockwoldt mentions in AP that his G #80050 showed indication of being painted in Heider Green. Ad’s from the time period however, show the tractors in the later Rock Island Grey and Red.  #80123, according to former owner Justin Click, was painted in grey from the samples he found taking it apart. A later statement by Bockwoldt suggested this was a Canadian paint scheme, but according to Click #80123 also came out of Canada originally (my initial review did not find waterloo markings, but I have not done a more advanced search). It appears most likely the early 1927 G’s were painted green like the early F’s. Although the G2 was a completely new tractor, 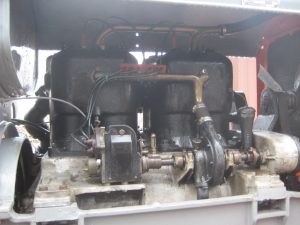 in some G2 ads a G was actually pictured. In at least one Waterloo ad an F is pictured with a G’s information. Waterloo seemed to have aggressively pushed the G design, possibly more so than RI in the US.

Dick Bockwoldt has made numerous print mentions of the rarity of the G, including stating he had only known of two or three besides his own in one article. Thanks to the internet and help from other Rock Island owners, I have confirmed at least 9 (Including serial numbers #80050, #80123, #80227 and #80264) and another handful that I don’t have enough information on to determine if they are unique tractors or duplicates or even actual G’s. Based on that, I every reason to believe there are might be a few more stashed away in collections then is realized.